It's Been a Year!

You could read that sentence in a variety of ways. Literally, it's been one year since we launched Campus Sonar, and 371 days since Emily and Amber joined me on this wild ride.

We've done a lot in a year!

Because I'm a little behind in popular culture, I didn't discover Hamilton until this year. The soundtrack seems to speak to me at all the right times, reminding me to not throw away my shot, that it's better to be divisive than indecisive, to write like I'm running out of time, to take a stand with pride, and that I am the one thing in life I can control. Now that you have the soundtrack stuck in your head, take a moment to reminisce on our first year in our video look-back.

But also, it's been a year. Our business is about people, and people do more than just work. We value transparency so I'm going to be real for a minute. We didn't celebrate on our one year anniversary (October 6), because I was with my family celebrating the life of my mother- and father-in-law. We lost them both in the last year, separately and unexpectedly, over a nine-month period that included ICUs, brain surgery, and hospice. Amber finished her first year of business school. Emily bought her first home. Five new team members joined us, but one left. Other team members also had challenging personal circumstances, but that's not my story to tell. Suffice to say, we've been through a lot.

We are a resilient team. All we've experienced in the last year made us stronger, wiser, and even more excited than we were a year ago to contribute to the future of higher education by delivering strategic social listening insights when it matters most for our partner campuses. And folks, we’re just getting started. Here are a few things we have planned for the year ahead: 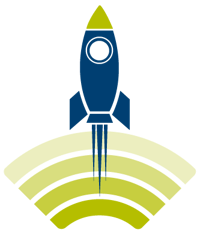 In addition to the current Sonarians, there is a supporting cast behind the scenes that helps us share our story and knowledge with the industry. A large part of the last year was you: our subscribers, supporters, partners, and community. You've been generous with your feedback, encouragement, and advice. You've provided opportunities for us to demonstrate our value and educate the industry. I've had the chance to thank many of you personally, but to those I haven't yet: THANK YOU. We're all in this together, and I know we're all looking forward to the next year.

The post It's Been a Year! originally appeared on the Campus Sonar Brain Waves blog.