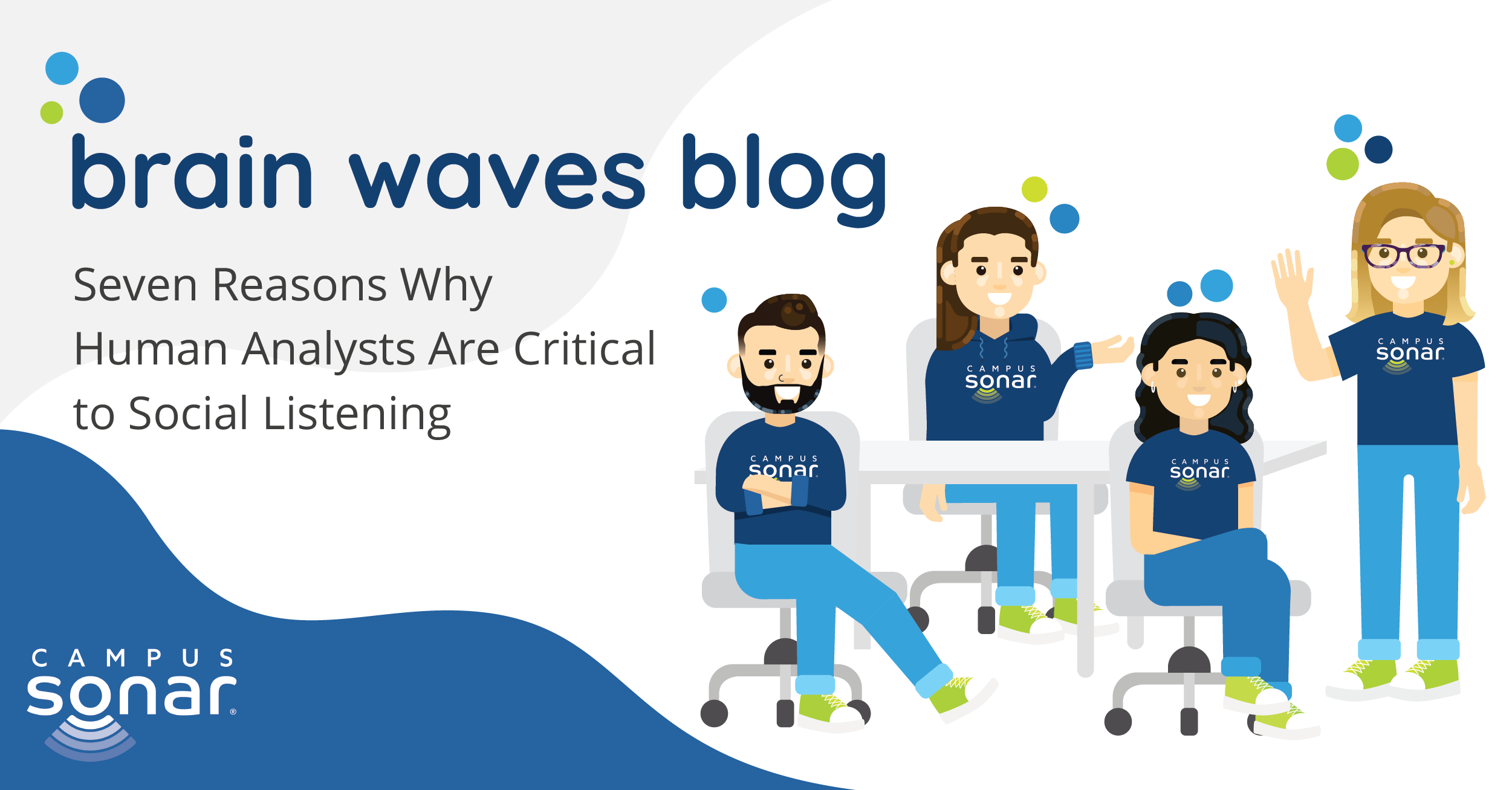 Over the last few years, social listening software has become increasingly popular for higher ed martech stacks. But something we hear often from our clients is that marketing teams struggle to get the full value from expensive software. Lack of time, training, and ability to pull readily usable data are common struggles.

But software is only as valuable as the time you’re able to spend on it. And this is where the value of a human analyst comes in. Whether this is a position you can hire onto your team or you partner with us at Campus Sonar, here are the top seven reasons why human analysts are critical to performing relevant and strategic social listening, based on the expert work our own analysts perform daily.

We could go on. But at the end of the day, the most important thing to understand about software vs. humans is that each separately is only as good as what is put into an effort. If you only put two keywords into a software query, you’re only getting data back on those two keywords, and it may not even all be relevant. If an analyst only has an hour a day for social listening, no matter how skilled they are, you’re only going to get an hour’s worth of analysis each day, which may drastically impact the success or timeliness of an initiative. But combine the two with the time and space to do the work and you get the power of machine plus the human brain with all of its learned expertise.

And when you partner with an agency like Campus Sonar who does everything for you, that power fuels your initiatives, leaving you to focus on turning strategy into action.

If you want to know more about what it's like to work with Sonarians, hear what our clients have to say. They give you the lowdown on what life is like with Campus Sonar.