Influencers are an important part of the social listening conversation. They create a connection between audience and content, providing experiences their audience can relate to. As more and more people turn to social media to connect with others, share experiences, and search for help in making decisions, influencers have an enormous impact. In fact, a 20 Edelman study found that 53 percent of people trust what influencers say about brands more than what the brands themselves say.

What Exactly Are Influencers?

Social media influencers are people and organizations with an expert level of knowledge or social influence in a particular field. They often have access to a large audience and are able to persuade others based on their authenticity and reach.

Influencers are people you can strategically reach out to and partner with to help your organization achieve specific marketing goals. They provide the opportunity to harness the power of peer influence for strategic impact, and they: 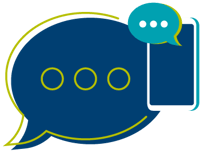 In higher ed, this means spreading your institution’s message through the people who experience it—current students, alumni, counselors, faculty, and others. And influencer marketing can be a great way to spread your message, build your brand, or promote fundraising.

With social media emerging as a college choice influencer, peer influence and social media are that much more important in the higher ed marketplace. This means that the people, personalities, and stories represented through social media influence students, alumni, and the overall higher ed community.

Whether you do your own social listening (or work with a company like us!), you'll likely run across two main types of influencers:

Both of these types of influencers could impact the conversation about your school, but you need to determine if they have the ability to be strategic influencers who can create authentic advocacy for your campus. The influencers who will have the most impact are those who: 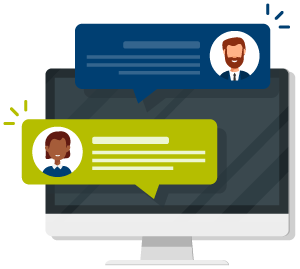 At Campus Sonar, our data analysts search your online conversation to identify authors from your desired audience. We segment based on your institution’s goals to provide you with a list of influencers you can use, such as top active individual authors on Twitter, organizations, journalists, forum authors, or blog authors.

Once you find your influencers, follow our best practices to integrate them into your marketing strategy. You can also research what other institutions are doing and how they’re using influencers to build their brand. Some good examples are:

Now that you've found viable connections to your school, start to work with them to impact your social media and brand strategies. And if you want help locating social media influencers for your school, get in touch with Campus Sonar.

This post was adapted from Influencers: What They Are and How to Use Them on Campus Sonar's Brain Waves blog.