Reddit considers itself the “front page of the internet.” An open community and discussion forum, users can ask, answer, and debate about a wide variety of topics through focused communities called subreddits. Posts on Reddit aren’t subjected to algorithms like many social platforms; rather, comments and posts are curated by peer users through the use of up– or down–votes. The more a community up-votes a post or comment, the more visible it becomes to other users.

This type of open, anonymous, egalitarian community means Reddit’s benefits and pitfalls are particularly steep. At its best, Reddit can be home to thoughtful and intelligent conversations, helping users solve complex problems or find emotional support. At its worst, it is a hotbed for inflammatory, distasteful, and hurtful comments, made by users empowered by the platform’s foundation of anonymity.

Regardless of how you perceive Reddit, one thing is clear—Reddit is extraordinarily popular. There are currently over 330 million monthly active users on Reddit, with over 138,000 active communities and 21 billion screenviews per month on average. If you think those numbers sound like a lot, you’re right. Reddit is the fifth most trafficked website in the United States and eighth most trafficked website in the United Kingdom. 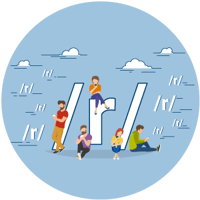 Among those active communities is the subreddit r/ApplyingToCollege, a community for anyone applying to college or offering advice about the process. The Applying to College subreddit boasts more than 40,000 subscribers and features conversation about every aspect of the admissions process, including essays, test prep, exam results, scholarships, and more. The subreddit r/gradadmissions boasts an additional 37,500 subscribers and focuses on the postgraduate side of admissions.

With so much relevant conversation taking place on the platform, it can be tempting to impulsively create an account and jump into the conversation. 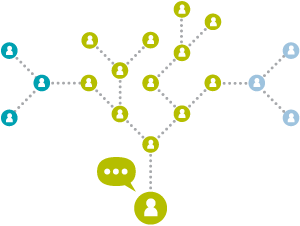 Reddit strongly discourages sales content on its site, and if you join Reddit with the hope of quickly convincing other users to apply or deposit to your institution over another, you’re quite likely to fail, and fail loudly. Reddit users aren’t shy about shaming universities who misstep either on Reddit or through other platforms. Earlier this year, one high school student shared the number of emails he received from universities, including those he hadn’t applied to. The thread, which quickly went viral on Reddit and amongst higher ed admissions circles on Twitter, included the names of institutions who spammed that particular student the most.

These threads are one reason a higher ed colleague once told me, “Reddit is a dangerous place for marketers.”

But while effectively engaging your audience on Reddit can be a high-wire act, that doesn’t mean you can’t glean immense value from the community. But doing so requires a shift in focus, and in particular, a focus on gaining audience intelligence that can be used to better understand content that resonates.

At first glance, that task can feel monumental. After all, there are 3.5 million comments left on Reddit daily. But for higher education, a few types of posts occur more often others, each with a valuable takeaway that can inform your content marketing efforts. Below, I’ve included three of these posts, with an example of each and tips on how to use them.

It may seem counterintuitive to you, but prospective students—traditional high school students in particular—often turn to a forum of complete strangers for answers to their most pressing university search questions. I’ve written previously about the cyclical nature of higher education and how that impacts your ability to find fresh topics for your blog. If you’re starving for new content topics, Reddit can be an amazing source of inspiration and fresh ideas.

Quite simply, Reddit is a goldmine for new questions to answer, as well as potential answers and perspectives via comments in the thread. In the above example questioning the importance of attending a film school, an alum and a student from one of the universities mentioned in the original question chime in with opinions. Using customer questions as the source of content marketing isn’t a new tactic; content marketing OG Marcus Sheridan famously saved his pool company during the great recession using this very idea (though he used archived emails, rather than Reddit). But a decade after Sheridan made headlines by answering customer questions via blog posts, the tactic is still relevant because it still works.

If you remember your school science lessons, you likely already know that more than 90 percent of an iceberg’s volume is underwater. The lesson here, of course, is not to underestimate what might initially look like a minor obstacle.

In content marketing, the same principle can apply. When an article is published in the press that mentions your institution, it can be easy to dismiss or downplay its impact based on social shares alone. But sometimes, the conversation regarding that piece is taking place below the surface of the article, on niche forums and Reddit communities.

Consider the example above, in which a newspaper article on black students and their long-term student loan debt spawns a popular thread on the economics subreddit. Responding to each comment would be difficult and, in all likelihood, ineffective. But by examining the comments collectively, this university would have noticed that generally, the perception was that black students were better off attending community colleges than their institution. That insight could have led to new content efforts showcasing successful black students and alumni, combating the false narrative building on the platform.

Each spring, as universities release admissions decisions and students weigh their options, a flurry of Reddit posts appear in which students share their acceptance letters and ask their peers for help making a decision.

Beyond the obvious competitive intelligence aspect of these posts, these threads can help content marketers understand questions students ask and information they seek at a critical time in their decision-making process. And while you may not be able to sway an admitted student’s decision in the moment via Reddit, you can use their post, and the resulting replies, to proactively plan your messaging for the following year’s yield season.

Reddit is an immensely popular platform, and our preliminary audience research into admissions conversation at Campus Sonar shows that it’s only becoming increasingly popular with each new crop of prospective students who begin the university search process. And while the rules of engagement on Reddit may be a bit more difficult to master than other social platforms like Twitter and Instagram, that doesn’t mean you can’t use the information posted to improve your content marketing efforts.