It’s a sentiment that’s been attributed to everyone from Epictetus to the Discovery Channel’s Mike Rowe, but the idea that we must listen more than we speak is one that rings true no matter the source. In higher education marketing, listening to our external and internal audiences is critical to developing communications and strategies that drive meaningful change—whether that’s growing enrollment, protecting and growing the university brand, or telling our stories in a way that connects with audiences on an emotional level. At the same time, as marketers, we’re challenged with attracting prospective students in a crowded marketplace where these students may be questioning if college is even worth it.

Here’s the cold, hard truth about listening in marketing: You can listen, but that doesn’t mean they will come. If you’re creating marketing messaging that matters, messaging that appeals to your smallest viable market, you’re not going to please everyone. In fact, you’re going to tick some people off, and in academia, you’re going to have to do a lot of educating on what effective marketing looks like. When it comes down to it, you may listen, but that doesn’t guarantee everyone will.

At the University of Wyoming, our marketing communications team was given the task of creating a new campaign with new brand messaging—and the freedom and trust to create something that would be truly meaningful and mobilize our diverse audience. The launch of “The World Needs More Cowboys” campaign took our team on a brand strategy journey that we didn’t anticipate, but the lessons we learned along the way—what it takes to create meaningful marketing messaging, the importance of building trust and relationships, how to learn to love your haters, and that you can’t please everyone no matter how much listening you do—are lessons that may help others. Or, at the very least, they’ll provide a story with which our colleagues in higher education marketing can commiserate.

Our path to “The World Needs More Cowboys” began almost a year before the campaign slogan was leaked to the media by a member of our faculty. From the very beginning, we gathered input from our leadership, enrollment management partners, students and alumni. When we met with a Madison Avenue ad exec (who also happens to be an alumnus), he reviewed our initial creative brief and said we’d get a good campaign out of it—the kind of campaign that checks a box. Then he paused and said, “We don’t want a campaign. We want a movement.”

With those marching orders, we went back to the drawing board, completely rewriting the brief and focusing on what it means to live in Wyoming and be a Wyoming Cowboy. When the brief was complete and routed through our leadership, admissions, enrollment management, and many others, we opened up the RFP process. We took a shared governance approach from the start. We involved more than 50 people from all areas of the university in the RFP process and pitch presentations. The committee that chose the firm and campaign came from admissions, athletics, alumni, the foundation, and beyond. When it came time to make a decision, the committee collected feedback from the larger group and unanimously decided on “The World Needs More Cowboys.” 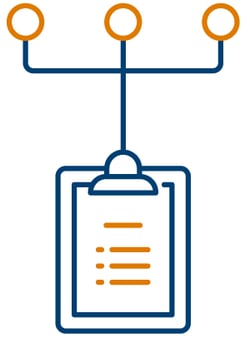 Choosing to incorporate listening into every stage of our campaign development was certainly time-consuming and lengthened the process. However, we knew it was essential to gain buy-in for the campaign. The idea of shared governance can mean many different things to many different people.  In Exactly What is ‘Shared Governance'? Gary Olson explains the complexities of shared governance and what it means in higher ed.

For our team, shared governance meant taking feedback at every stage of the campaign development. For instance, when a small group of faculty expressed concerns about the new slogan, our team met repeatedly with groups across campus to share more details about the campaign. We updated campaign language and adjusted some of the creative to include the feedback we received. However, there came a time when we realized that we wouldn’t and couldn’t make everyone happy and maintain the strength of the new campaign. Our team, and especially my boss, Chad Baldwin, did an excellent job of navigating the changes but holding firm on the campaign concept. We knew that if we attempted to please everyone, we’d end up with a bland campaign that could have come from any other institution. Instead, we used the idea of a movement as our litmus test. On the days when we felt like our work, and even sometimes our integrity, were under attack, we came back to that lofty goal—were we doing work that was worthy of a movement?

There was probably no greater clue that a movement was happening than what ensued after the slogan was leaked. With no prompt from our department, the state of Wyoming and thousands around the country rallied around the campaign. Although the campaign has been politicized (as almost everything is these days), support came from just about every background and area of the country. We watched from the sidelines as people created their own social media graphics, conversations, published pieces, and hundreds of comments and messages to our social accounts about “The World Needs More Cowboys.” By the time our Board of Trustees put its stamp of approval on the campaign, the movement was well under way.

As we wrap up year one of the campaign, we can confidently say that “The World Needs More Cowboys” is an effective campaign that’s worthy of a movement. Our social sentiment for the last year was overwhelmingly positive, and our enrollment marketing metrics are breaking records in terms of prospective student inquiries, landing page views, and web sessions. Our anthem video has been viewed almost one million times on our social channels and the campaign created a projected $601 million dollars in earned media with an estimated reach of 660 million people. Bookstore sales of “The World Needs More Cowboys” merchandise and university licensing revenue also increased since the campaign launch. The culmination and cherry on top was when our team’s entry was named Best of Show by the Education Advertising Awards, followed by several Gold Addy’s and a Best of Show award from our regional American Advertising Federation Chapter.

Beyond the success of the campaign, perhaps the most important thing we’ve done is build a strong, solid team that has grown together. We're beginning to plan for year two of the campaign and I imagine this campaign that will last for years to come. Each of us is proud to have been a part of this movement and is ready for whatever challenges may come next. And in higher ed, as we all know, we won’t have to wait long.

Jenny Petty left the corporate world where she worked with some of the world’s biggest brands (shout out Dolly Parton!) for a dozen years and joined the University of Wyoming’s Institutional Marketing Department four years ago. As the Director of Enrollment Marketing, Jenny is passionate about modernizing the way we market to prospective students, can talk about inbound marketing all day long, and has adjusted to Wyoming winters by purchasing as many pairs of boots as possible. She’s a graduate of the Reynolds School of Journalism and the University of Nevada. Someday she will finally complete her Master’s in Organizational Leadership. When she’s not building strategy at the University of Wyoming, she’s running a consulting business from her backyard Shedquarters and building her character by wrangling her three amazing kids with her husband. You can find Jenny on Twitter or on LinkedIn.