The Ohio State University’s (OSU) strategic plan sets the tone for their social media use, including the online presence of their campus leaders. Sixty-three percent of higher ed execs believe a social media presence is fundamental to an institution’s strategic planning and fulfillment of its mission. Ohio State’s President Dr. Michael Drake and Executive Vice President and Provost Dr. Bruce McPheron believe it, too, as they were both featured in our free report, Examining Twitter Influence of Campus Executives.

We collaborated with Dr. Josie Ahlquist and Gail Martineau, Senior Manager for Digital Media and Strategy at Ohio State University, to explore the digital presence of campus executives by analyzing six months of tweets from 196 higher education institution presidents and vice presidents to understand how they use Twitter and what influences their online impact. Josie, Gail, and Liz Gross previewed the report at the American Marketing Association (AMA) Higher Education Symposium in 2018. This year, at HighEdWeb, they’ll present on the full report and provide a take-home approach to developing an executive’s digital presence in their session Executives and Social Media: Strategies, Trends, and Best Practices.

As a preview to our session, I'm sharing the social media strategy my team and I use to work with President Drake and develop his Twitter presence.

How do you develop your social media strategy?

Our social media strategy is based on the overall goals of the university. In August 2017, our Board of Trustees approved a new strategic plan, Time and Change. The five pillars of our strategic plan drive what we do at the university on the highest level, and since I manage social for the President, it drives my decisions around content and strategy.

Who does the planning?

The bulk of our planning is based around President Drake's calendar, university events, and important initiatives we've decided we want to support (many of which align directly with our brand and strategic plan). Other team members weigh in on coverage ideas and share events and initiatives that I may be unaware of.

I created and am in charge of our content calendar on a day-to-day basis. I go through a multi-tiered review process for all content, but I do the actual posting. President Drake often sends me pictures of selfies he takes with people across campus and from events he attends, and I incorporate that content into the plan I build. Also—fun fact—I very rarely schedule posts. I’d much rather set an alarm on my phone to remind me to post something than to schedule it. You can't tag photos in scheduled posts, which is my number one reason for not scheduling them, but I also find it important to be in tune with what's going on in the Twittersphere at the time of your posting, which you are when you post manually.

I usually try to set some time aside on Mondays and Fridays to plan for the week ahead. The first thing I do is look at the President's calendar and my calendar to see if there are any major events on the horizon. Events are really what I build our content calendar around. Next, I talk to my team members to see if there’s anything else going on that could be good fodder for social. I also look at our university news site to see what content around initiatives and faculty research might be good to share for the week. For larger events, like trips and games, I often will create social plans in advance and share them with President Drake for review and feedback.

Do you do any type of social listening?

My informal social listening is currently done via Hootsuite and Twitter lists. I can quickly glance at my dashboard and see if there is anything going on and what posts the President and the university have been mentioned in. More formally, we use Brandwatch for our university-wide, concentrated social listening efforts. Detailed Boolean queries help us sift through the noise and really dive into the social conversations around issues that matter to the university. It also helps us compare issues and the volume of mentions around them to one another.

What content type do you get the most engagement from?

I would say we get the most engagement from community-related posts. Content that really speaks to Ohio State and its impact does very well for us. Second to this are posts that are more personal in nature. People tend to be interested when we shed light on President Drake as a person (rather than as the president), An example of this is when we posted an anniversary message to Mrs. Drake on their forty-third anniversary. 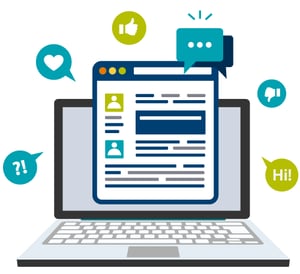 A good, single image on Twitter always does well, but some of our best-performing posts have been either text-only or text with a link. I think this speaks to the direct combination of who the content comes from and the importance of the content topic itself. An example is the statement President Drake posted in September 2017 in regards to Deferred Action for Childhood Arrival (DACA) students. Because the full statement was longer than 280 characters, we created an image that showed the full text of the statement. If I did this post today, I would be more mindful of accessibility and make sure I had descriptive alternative text and a link to the text statement that could be read via a screen reader.

We urge Congress to act immediately and allow #DACA students to continue their pursuit of the American Dream. pic.twitter.com/oAKOzSRCI4

What is the general sentiment of your social content? Is this something you monitor?

Truthfully, I sometimes look at our sentiment in Brandwatch, but I don't put a ton of stock in it. Most content is categorized as neutral, because the algorithms can't decipher sentiment like we can as humans. I’m happy to see the Brandwatch sentiment pie chart appear mostly green (positive), but it's definitely not something I look at each day. I feel like if you're in tune with your channel and you're monitoring mentions and engagement on a daily basis, you have a much better read on your audience's sentiment.

Do you employ the same strategies for other social platforms? Or is Twitter your main platform?

Twitter is our primary platform. When I began, President Drake was only on Twitter, and based on peers in the industry, this seemed like the appropriate place for him. In 2018, we entered the realm of LinkedIn. I proposed this would be a good place to expand President Drake's social presence, because it matched his personality more than, say Instagram. President Drake is involved in numerous national organizations related to higher education, and LinkedIn gave us a place to connect with colleagues both at Ohio State and at these large professional organizations. LinkedIn is also a great place for us to connect with Ohio State faculty and staff and alumni, in particular. I feel like LinkedIn gives us a more defined audience than Twitter, which sometimes feels so vast.

I would be remiss if I didn't mention that President Drake is also on Spotify. We launched a Spotify profile for him to go along with an article published in our alumni magazine about his favorite albums. He’s known for his love of music and playing his guitar in a local band. Getting him engaged on a platform all about music was a fun opportunity. We don't manage Spotify on a daily (or even weekly) basis and have few followers, but it's a fun place to be able to link to when we are talking about music on other channels, whether that be social or in news articles.

If you use other platforms, where are you getting the most engagement with students, alumni, and community members?

Though President Drake is on LinkedIn and Spotify, we still see our most engagement on Twitter, primarily because Twitter is the channel we concentrate on. We have a large follower count made up of many segments of our desired audience—students, faculty, staff, alumni, government officials, community members—I could go on and on. Though I think there are platforms that would be more fun, I still think Twitter is the right place for President Drake's primary social channel. 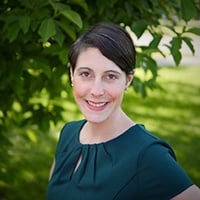 Gail Martineau serves as Senior Social Media Manager at The Ohio State University, where she oversees President Michael V. Drake’s social presence. She works across the university and with partner organizations to ensure Ohio State’s strategic messages are reaching the right audiences through the appropriate channels. Martineau previously served as head of communications in local government and managed web and social for WBNS-10TV News, Columbus, Ohio’s CBS affiliate. Martineau earned her master’s degree in digital communications from Syracuse University’s S.I. Newhouse School of Public Communications and her bachelor’s degree from Denison University.